“Winds of time, winds of change.”

I never liked change—oh ruthless fiend tearing at my heart—but change doesn’t mind me. He keeps coming back for more. Moving my son, yesterday, tore out a large chunk.

Maybe my aversion to change results from a tendency towards hopeless sentimentality. I move through life in emotional slow motion, reminiscing days gone by barely left behind.

How odd, I think, Josiah will never live in this apartment again. Snap, snap, I take a picture of him by his bed.

All that my son possesses rests in these few containers. Snap, snap, I take a picture of him lifting one of them. 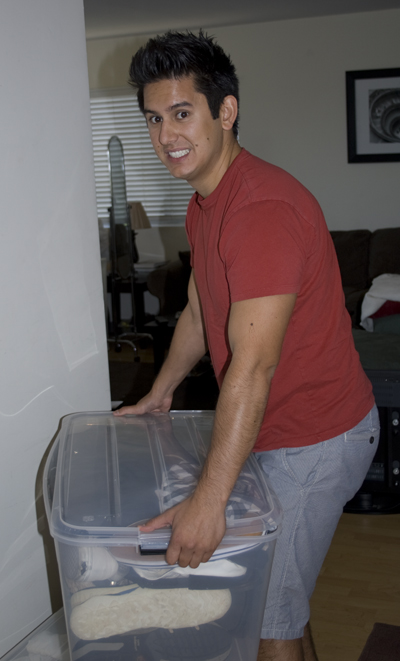 I also revisit the past, ponder touching moments, and then get all weepy. Josiah’s move signifies a passage from an extended college season of life.

He never had a natural brother, so the fraternity youth became a family of brothers. I didn’t see Josiah much during those first few months of college so he could bond with his new friends. Josiah insists he doesn’t remember this, but I will never forget.  The remorse still lingers eight years later.

His “fraternity brothers” helped him move from the mangy frat house (they affectionately called home) to a fraternity apartment nearby. From there, he and five other frat brothers moved into apartments across from each other. Yesterday, as I carried his containers to the car, my mind swam with soulful thoughts, he will never live near so many of his friends again.

His friendships prepared him to secure a job with Bain & Co, an international business-consulting firm. Before he started, they laid out a map and plotted their travels across South America.

But yesterday it was just him and Mom, a fitting turning of this precious life page. I chuckled at the irony of his externship in South Africa being with a company called Endeavor, the same name of the pilot middle school where I teach. I hugged my son good-bye while whispering a prayer in his ear, “Lord protect Josiah.” Then I reminded him, “Whenever you feel afraid or in need of help, ask God to have me pray for you. It doesn’t matter when. He can wake me.”

He assured me he would and then I released him and waved good-bye. A freeway detour forced me to drive along the UCLA campus and by his ole stomping grounds. “Good bye UCLA. Thank you for being so good to my son.” I whispered. 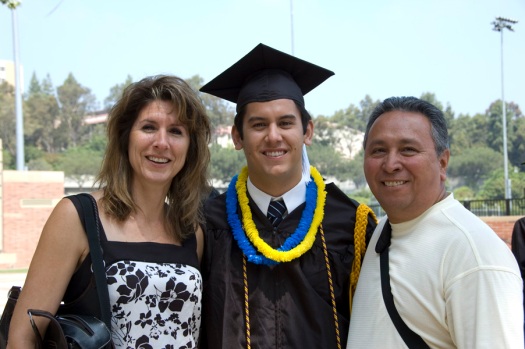 “Winds of time, winds of change.” The two are inseparable. No, I never liked change, nor do I now. Yet, I understand that change eventually replaces our heart’s empty places with good gifts. Only as we submit to change, can we receive those gifts. “May God be with you Josiah as you travel the world!”

Aunt Sue’s Facebook post, “Hey, Josiah. The weirdest thing is last night I had a dream that we were hanging out with Miley and her dad Billy Ray. I couldn’t figure out why I would dream about them. Trippie.”

Interesting, huh? I needed that!

4 Replies to “Change, that necessary monster of soul”